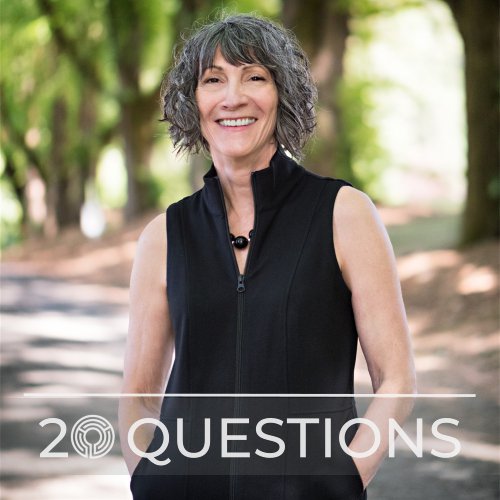 Jackie Shannon Hollis is a writer, storyteller and speaker and the author of the memoir, This Particular Happiness: A Childless Love Story.

Her writing has been described as honest and intimate, exploring complex human issues in prose that is both direct and lyrical. Her work has appeared in various literary magazines, including The Sun, Rosebud, Inkwell, High Desert Journal, VoiceCatcher, Nailed, and Slice Magazine.

If you’re interested in sponsoring this show, email tom@thepathtoauthenticity.com.

20 Questions is recorded live on Clubhouse. You can hear the original recording on Patreon.

Click here to listen to Men Who Talk, a podcast on men and intimacy hosted by Tom Gentry and Ed Tilton.

Jackie grew up on a ranch on the east side of Oregon. Her early jobs included taking orders at the windows of the Shoestring drive-in and driving potato and wheat truck. She left home and went to the University of Oregon, and later Portland State University where she received a master’s degree in social work. She spent many years working as a counselor in addiction treatment and later worked in human resources. She now lives in Portland, on the west side of Oregon.

Always curious about the ways we humans relate, Jackie and her husband, Bill, lead workshops on communication, conflict management, and building successful relationships. Jackie also cohosted two seasons of Yuvi Zalkow’s Neurotic Tornado: A Podcast about Relationships and the Beautiful Messiness of Being Together.

Jackie brings her love of connecting with others and the joy of shaping words to creative writing workshops she facilitates, through the Multnomah County library, for people experiencing houselessness and other hardships.

Jackie’s memoir, This Particular Happiness, explores the complicated relationship with the self through the lens of childlessness and the unfolding relationships between husband and wife, mother and daughter, friends, and sisters. A childless woman surrounded by children (with over forty nieces and nephews and grand nieces and nephews), Jackie believes we all have an important role in supporting the children in our lives. 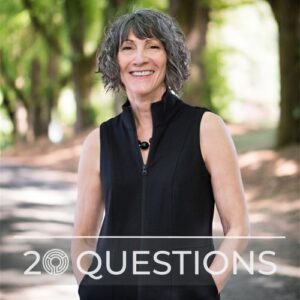