The Passing of Robert Bly 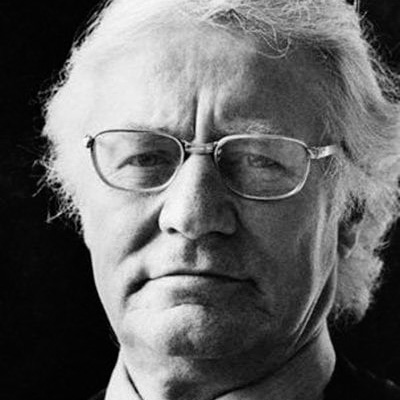 In 2006, I attended a men’s conference, representing a small facility for recovering men I helped create. At the time, the place was still relatively new. We had a booth, and I spent nearly the entire time manning it to promote our little program.

Meanwhile, Robert Bly was the keynote speaker. Because he was scheduled to do a book signing one afternoon, I bought a copy of “Iron John,” having no idea what impact it would eventually have on my life.

Seeing this tall and regal, yet salty old man walk into the room, I was immediately curious about the buckskin vest he wore over a shirt I can’t remember. I assumed it was something tribal, and wondered about its origin. After standing in a short line to meet the poet, I asked “where did you get your vest.”

“Awww hell, I don’t know,” he said, glancing down at it before signing the book in his hand. “Somebody gave it to me.” His response told me the article of clothing was devoid of the type of meaning I was certain it carried.

In a series of flourishes from a fine, blue, felt-tipped pen, he wrote “for Tom,” and signed his name, after drawing a scribbly bird in flight from the title page.

In “Iron John,” Robert Bly gave words to so much of my pain. He explained why I lacked the vitality healthy men are capable of feeling. He showed me how to be a better partner for a future love. He told me why I never felt close enough to my dad; that it wasn’t my fault, nor was it his. And, he helped me understand why, although I was well into adulthood, I still felt more like a little boy than a man.

But, the most powerful gift Robert Bly gave me was that he led me to a conclusion I would have never reached on my own. It’s that as much as I desire to love and to be loved by a woman, what I need much more is the love of men. And, unless I love, and am loved by, other men, I can never experience the type of love with a woman that I’ve yearned for my entire life.

From the time I started thinking about this podcast, I saw Robert Bly as a dream guest. After launching it in May of 2019, I soon went to his website and looked for a way to contact him. But, in that process, I read something somewhere that led me to believe I had missed that opportunity. Until Monday, I had in my head that he died in March of 2019, and I spent the past two years wishing I started the show sooner, and had another chance to speak to him.

So, I was surprised to learn he was, in fact, alive until Sunday, and have since felt perplexed by this. Then, this morning, it hit me. We lost Robert Bly. And, now I’m sad.

He was the embodiment of what he called Zeus energy.

Robert Bly stood for the truth that real men, truly powerful men, aren’t shitty to people. They are kind and loving.

They show generosity of spirit.

He understood patriarchy as the destructive force that it is, because he knew that power is sacred, and that when it is wielded by people who don’t deserve it, everyone suffers.

So, now that I’ve passed my state of confusion about it, I mourn the loss of the great man and poet, Robert Bly. His power lives on, and will survive through generations. It lives not only in me, but in my son, and in the heart of every man and woman whose lives I get to touch.

I am the man I am because of Robert Bly. If you hear my words, you hear him. If you know me, if you feel the weight and depth of my love, you feel Robert Bly.

What better legacy could a human being possibly leave?

Got rest his mighty soul.