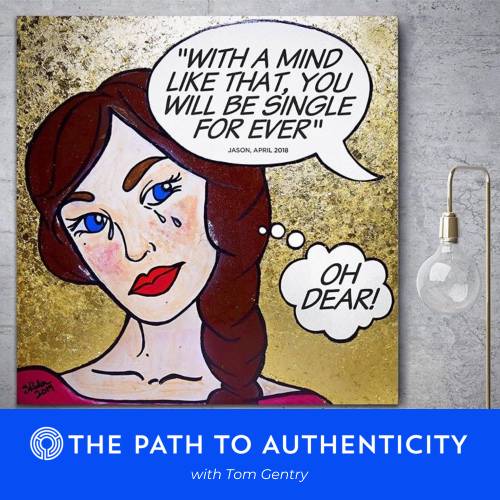 Sareytales: The Art of Online Dating

Imagine going through a painful breakup. Maybe you married your high school sweetheart. You had years of fun together. But, after having a couple kids, you learned your parenting styles are diametrically opposed. You never envisioned such a possibility. But, then you lived it. And, you couldn’t see yourself living it forever.

So, now the divorce has been over for a time. Your kids have reached the painful conclusion that never again will their parents be a couple. They’ve adjusted to the custodial arrangement. Although they hate the idea of seeing you romantically involved with another person, they want you to be happy.

You decide you’re ready to dip your toe into the water and try dating again. You’ve grieved your loss. You’re lonely. You’d like some companionship.

It feels awkward to be single again. It seems like when you’re not with your kids you’re working. When you do have free time, you have no interest in going to a bar or a club. You decide to take Match.com for a whirl.

You set up your profile. You post some nice pictures. In your description, you go into great detail about who you are and what you’re trying to find. You’ve been through so much. You know what you want and you don’t intend to settle for anything less. It wouldn’t be worth the effort.

Then you start getting messages. The first one is from a guy who is way too old for you. He tells you you’re beautiful. You thank him, but tell him, although he seems nice, you’re not interested.

He calls you a snooty bitch.

Thus, toxic masculinity rears its ugly head. You decide, from that point on, you’ll ignore messages from anyone who doesn’t interest you. And, you’re getting a lot of them.

One evening you’re laying in bed. You’re tired and you wish there was someone laying beside you, to comfort you. Instead, you reach for your phone. You open the dating app and survey your inbox. It’s been a few days since you last checked.

You have six messages from a 35-year-old named A.J. They read as follows…

Then, the next day, he says “you’re really pretty. I’d loved to chat sometime.”

The next day he asks “what’s your fucking problem. You think you’re too good for me?”

The day after that, “I’m a good person.”

Finally, “I’m sorry. We should meet for coffee.”

Wow! You didn’t even say anything. It was over such a minor and inconsequential rejection. Truthfully, you thought he was attractive and would have responded to his first message had he not sent the others.

As you skim through your list of messages, you see this scenario play out repeatedly. And, you just wanted to go on a date. A movie. Dinner. Something. Instead, you got an inbox full of ugly. Hatred. All just for being you.

It’s hard to imagine someone acting this way. But the truth is, if you’re a single woman on a dating app, there’s a good chance you don’t have to imagine it. It happens to you.

Sarey Ruden is one of these women. Although, she’s never been married and has no children. So, in her online encounters, men often tell her she needs to lower her standards before she “expires.” And, that’s only scratching the surface.

The difference between Ruden and everyone else is that she transforms her negative experiences in the world of online dating into powerful and positive creations. Ruden, an artist and graphic designer living in Bloomfield Hills, Michigan decided to play with one of these nasty messages one day and put it in an interesting typeface. Thus, began Sareytales: The Art of Online Dating.

All of the expressions of misogyny, antisemitism, intolerance, and judgement, Ruden puts to use. She takes the examples of what she calls emotional terrorism and makes works of art.

In the eighth episode of The Path to Authenticity, Sarey and I explore the often-toxic nature of online interactions, and toxic masculinity in general. We talk about the undercurrent of hostility that feeds this phenomenon. We touch on an array of topics including, manhood, emotional balance, institutional racism, and the need for gun control. This episode was recorded on the day of the May 2019 school shooting in Denver.

The Path to Authenticity is a podcast for people looking for more from life. It focuses on emotional wellness and the pursuit of one’s authentic self, starting from the premise that our true power comes from our individuality. We talk to various types of writers and artists as well as therapists, coaches, teachers, entrepreneurs, and professionals of all kinds. Our guests possess one common trait. They’re people who know who they are. We talk about what makes them who they are, how they became who they are, and how we might become truer expressions of who we are.