On Having a Dad 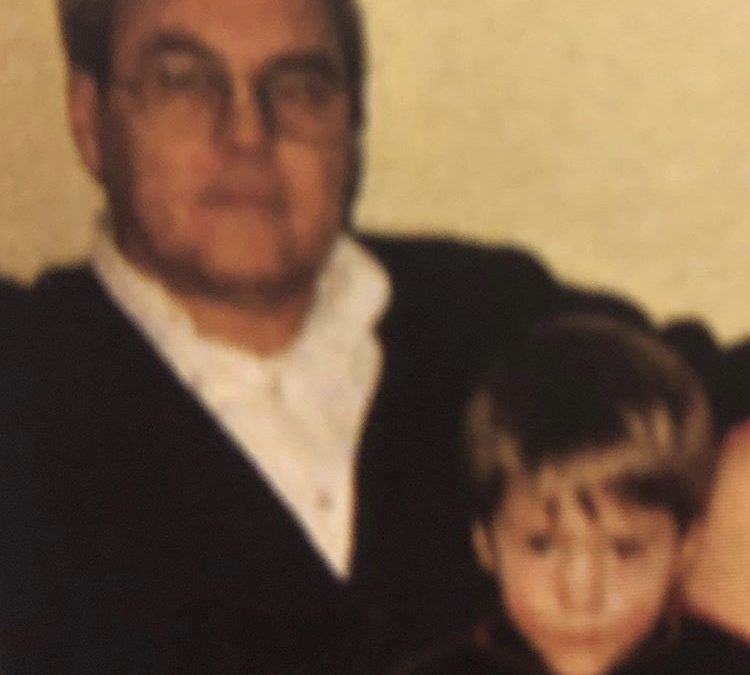 Those words came to me one morning. I printed them prominently, in all capital letters, on the first page of a blank journal I was using at the time, to collect my thoughts, about boyhood and manhood and fatherhood. On other mornings, I read over those words and thought about my dad, wondering if they were true. At times, I wondered what my siblings would think if they knew this came from my pen and that the idea does resonate with me.

I had a dad. He’s been gone for 15 years now. His dad left when he needed him most. Although he came back, he left.

Never did I think of my dad as not being there. He was present, always, unless he had a real reason not to be. Never did he choose not to be there. But, to me, he never felt close enough. I always wanted to feel closer to him.

There are eight of us. I have seven older siblings. The nearest in age was born six years before me. When I was born, my dad was the age I am, as I sit here, writing this. He was 47. Forty- seven years old with seven kids, ranging in age from six to 23. He probably felt spent by the time I arrived on the scene. I would have.

In an old picture of me, when was I very little, I’m sitting on my dad’s knee. He held my wrist with one hand and had his other arm behind me. It was there to keep me safe from toppling to the floor. But, you can also see his affection for me in that gesture. We look as connected as, deep down, I always longed to feel with him.

If I close my eyes and get quiet, I can still summon the feeling of resignation in that little boy, who begged for the attention of his eldest brother, each time he returned home, for a visit. What that boy really wanted was to play catch with his dad — not his brother. But, by this time, he’d learned to avert the sadness he felt the times he asked, and his dad said no.

As much as I loved my brother Mark, he was my brother. Years went by and I drifted further from my dad, especially in my teens. Once I turned 21, I could stand next to him at my uncle’s tavern. But, he didn’t care to drink the way that I did then.

Later, I moved a thousand miles away. For a long time, he answered the phone, saying “hold on. I’ll get your mother.” Sometimes, I asked for his advice. It almost always relating to work. But, our conversations lasted longer and longer as we both grew older.

He passed in autumn, of stomach cancer. But, in the spring of that same year, he needed a quadruple bypass and I flew home. Mark picked me up at the airport and we drove to the hospital where my family members were gathered, the day before the surgery.

That afternoon, something happened unlike ever before. My mom ushered all my siblings out of his hospital room when I arrived, after telling me she wanted me to have time alone, with my dad.

Then he gave me all I ever wanted from him

He was kind and loving, as well as proud. But, during my childhood and adolescence, my dad felt neither warm nor cold, but distant. And, I wanted a dad who I could feel close to. I buried that desire far beneath the surface. But, it was there.

That day, I stood looking down at him, on the right side of that hospital bed. Laying there, in a gown, flat on his back, he looked up at me. He reached for me. When our eyes met, he began crying and choked out two words. “I’m sorry.”

I asked him why; told him it was okay, he had nothing to be sorry about, how much I loved him. Beside the bed, amidst the tubes, I hugged him as best I could. I touched his hands and soothed him.

In this emergency, hours before open-heart surgery, my dad felt bad about me going to the trouble of being there, with him, as though it was an inconvenience. The truth is, I would have traveled 10 times the distance and more to have that moment with him.

That moment, I had a dad, in every way. The only other moment in my life that compares took place in another hospital room, the following spring, when I held my father’s namesake in my arms for the first time, and I looked into his eyes. He cried, too.

When I tell the story, to people, about that interaction at my dad’s bedside, I watch the sympathy fade from their faces. It happens the moment I get to the part about how much it meant to me.

He only lived a few months more, but there then was a kind of peace and confidence between us that didn’t exist before. As much as I miss him; as much as I wish my son could know him, I’m grateful we both had the opportunity to feel that, together. And, although I wonder, sometimes, about details, and wish I had answers to questions about him, I still do feel it, even now.

Tom Gentry produces and hosts The Path to Authenticity

It’s a podcast for people looking for more from life, starting from the premise that our true power comes from our individuality. He talks to various types of writers and artists as well as therapists, coaches, teachers, entrepreneurs, and professionals of all kinds. His guests possess one common trait. They know who they are. He engages them in real conversation about what makes them who they are, how they became who they are, and how we might become truer expressions of who we are.