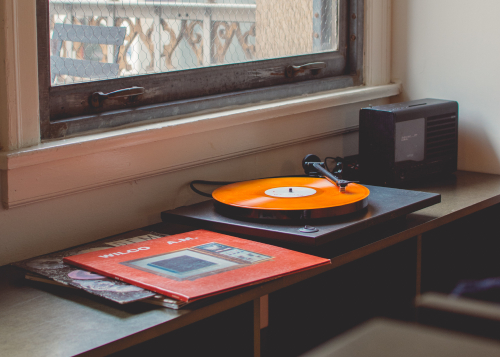 These are the records I’ve picked up since the beginning of the year, or just before. Some I already owned on CD. But, I’m always looking to find my favorites on vinyl. What I didn’t pre-order, I found at Rust & Wax, In West Palm Beach, Florida. I traded old records I didn’t listen to for several of these.

If you haven’t heard these guys, this record is a good place to start.

This is the 10th Anniversary re-issue. It includes a couple bonus tracks.

I was curious about him. He was a contemporary and friend of Townes Van Zandt, whose songs I love. I haven’t given this enough time yet.

Before you scoff, listen to Workin’ Man Blues.

I already had an old George Jones compilation, but, the cover was really cool and it was only a few bucks.

Julie London – Julie Is Her Name

The cover got my attention. Again, it was only a few bucks. A 1955 mono pressing.

A 16-year-old student at Palo Alto High School booked Thelonious Monk to play there on a Sunday afternoon in 1968. I wasn’t sure how much I’d like it, but it exceeded my expectations.

A beautiful record with cool artwork. I had been keeping an eye out for a copy.

Jeff Tweedy – Love Is The King

This is the most recent of the Jeff Tweedy material on the list. Great record that I need to give more time.

Various – The Concert For Bangladesh

Includes a song featuring the late John Prine as well as a KV cover of Speed of the Sound of Loneliness.

Nothing as real as the blues. See In the Wee Wee Hours.

If you have never heard Wilco, Sky Blue Sky is a good primer. You Are My Face is a masterpiece.

A deluxe, 5-lp re-issue of what will probably always be my favorite Wilco record. One of the five is a live show at Tower Records in Chicago. Not long after hearing She’s a Jar for the first time, I fell in love. I’ve gone deep down the rabbit hole and it’s led me to lots of great music, not only by Wilco, but the artists they love.

Not the best live record. It sounds too scripted for my liking. That said, it’s still Hank at the Ryman.

I can’t wait until the new Milk Carton Kids record arrives. A couple other artists I’ve been streaming of late are Nicole Atkins and Greta Van Fleet. I’d also love a copy of the newest Pokey LaFarge release.