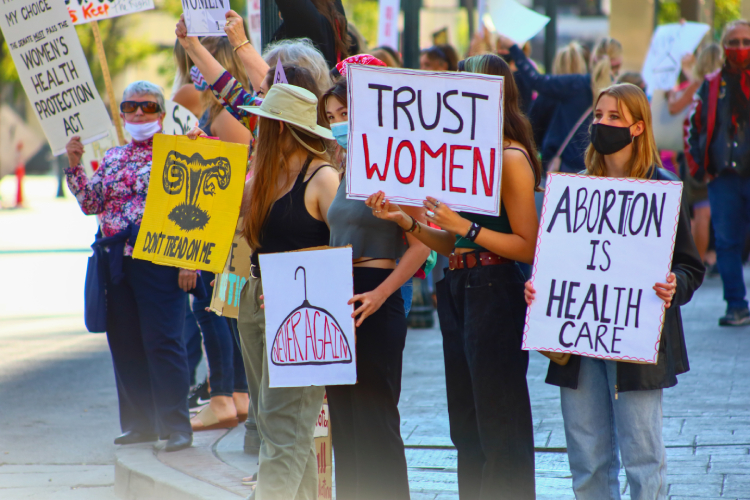 The question over a woman’s right to choose has, for decades, been used by an over-represented faction in this country to manipulate and divide us in order to retain power. They’ve used it to convince us to elect reprehensible human beings to positions of power over us.

If you believe they actually care this much about life, I encourage you to evaluate their behavior, and whether it actually supports that belief. You need only compare the Supreme Court’s decision yesterday with one from the day before. If you’re really pro-life, you got what you wanted. Now it’s time to channel your energy toward preventing gun violence.

Since I was old enough to form opinions, I have refused to get caught up in this argument, because it is not, nor has it ever been, about abortion. It’s about control. And, as men, before we tell women what they should or shouldn’t do with their bodies, we should look in the mirror. We have plenty of work to do on ourselves.

In general, men in our society treat women like garbage. Yesterday’s decision is a clear example of how women, like Justice Barrett, can be complicit in this. This being misogyny.

Look no further than Congress to see how practically any woman who refuses to be silent is met with scorn and ridicule, is demonized, dehumanized, or all of the above. (For those of you who hate the Speaker of the House and the Congresswoman from New York, see Liz Cheney, a real, life-long conservative who was banished from her caucus for having the audacity to acknowledge reality and speak truth publicly.)

Without question, all life is sacred. We might begin to honor it by acknowledging that we live in a profanely violent culture. And, to honor life means honoring women.

Most men in this country only honor women to the degree that it serves them personally.

I’m saying all this because I agree it’s important for men to speak up, now more than ever, and to show support for the women I love who are hurting right now.

I can’t say I have personal experience with abortion. But, I can say that over the years, and especially in my chosen career, I have learned of countless unborn and unwanted children, innocent souls, who were spared the suffering and misery of what would have been cruelly traumatic earthly lives.

My heart breaks now for the children who will undoubtedly suffer such a fate.